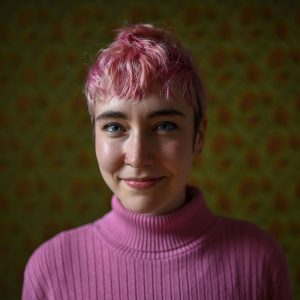 Hilary Brashear is a filmmaker and freelance editor/videographer living and working in Philadelphia. She received a B.A. in Sociology from Haverford College in 2013. She works as a co-editor and web producer on documentary filmmaker Vicky Funari’s feature film (currently in post production) about about a group of older women who find strength, grace and community in an aquacize class at their neighborhood pool. She was an Interdisciplinary Documentary Media Fellow at Haverford College in 2014 and the Emerging Artist in Residence in the 2016 Haverford College Tuttle Summer Arts Lab. She was the recipient of a 2017 Puffin Foundation grant in support of her short docu-fiction film about an abandoned, magical park with an identity crisis, currently in post-production.  Hilarybrashear.com 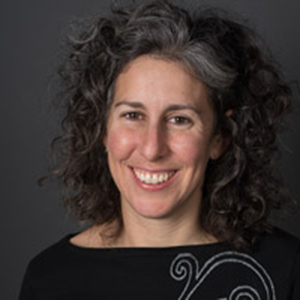 Laura Deutch is a Philadelphia-based artist and educator, committed to using media as a tool for social justice, creative expression and community organizing. Her projects traverse digital and analog mediums to build relationships and connections between people, places and their stories. These projects have included interactive websites, documentaries and social interventions like a ‘Hot Tea’ cargo bike in North Chinatown and her award winning ‘Messages in Motion’ media van that has toured the US with the People’s Biennial and was honored at SXSW Interactive Festival. Her recent project 47 Stories was recognized by Americans for the Arts, for converting a city bus into a moving portrait of its riders.  Her work has been showcased on television, at festivals and in galleries throughout the country. Currently, as the Education and Production Director at PhillyCAM, she produces the monthly live productions: PhillyCAM Voices, a community news show, Atrevete, a bilingual Latino issues program and Live Culture a performing arts showcase each first Friday. She serves on the board of Termite TV, and holds an MFA in Film and Media Arts from Temple University. Her work can be viewed at www.crackingopen.org. 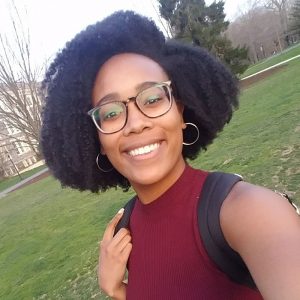 Sabea Evans is a recently graduated Linguistics major and Religion minor with a concentration in Africana Studies. She was born and raised in Bronx, NY. Sabea has been a member of the Sneetch Ultimate Frisbee team, a co-head and board member of the Black Students League, and has lived in Quaker House community housing for 3 years. She has participated in Customs as a Peer Awareness Facilitator, an Ambassador for Multicultural Awareness, and an International Student Resource Person. She was also recently a Community Outreach Multicultural Liaison.  Sabea’s senior thesis was on racialized language ideologies of speakers of Dagbani, a non-dominant indigenous language, and mother-tongue education in Dalun, Ghana. She’s currently an incoming Haverford House Fellow with the Center for Hunger-Free Communities. 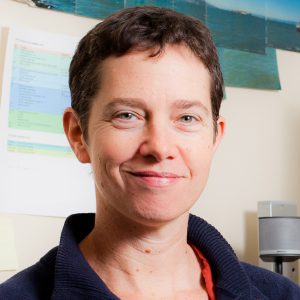 Vicky Funari produced, directed, and edited the documentaries “MaquiláPolis [city of factories]” (2006) and “Paulina” (1998), co-directed and edited “Live Nude Girls Unite!” (2000), and produced, directed, and edited the experimental short “skin•es•the•si•a” (1994). Her films have screened at many prominent festivals, including Sundance, Locarno, Rotterdam, and Tribeca; awards include San Francisco International’s Grand Jury and Audience Awards; broadcasts include PBS, Cinemax, and the Sundance Channel. Funari is a Guggenheim Fellow and a MacDowell Colony Fellow. She is a Visual Media Scholar at Haverford College, where she teaches filmmaking and helped design the college’s new Visual Studies Minor. Other work includes editing Julie Wyman’s documentary “Strong!” (2012), programming the Strange Truth film series (2009-2017), producing the collaborative web documentary “Troubled Waters: Tracing Waste in the Delaware River” (2014), and directing Haverford’s Tuttle Summer Arts Lab (2016). She is currently in post-production on Pool Movie (working title), about aquacize and healthy aging. 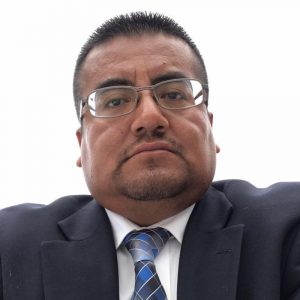 Moisés García Guzmán was born in Tlacochahuaya, Oaxaca, Mexico, and is a native speaker of Valley Zapotec. He teaches English to high school students at CETIs 124 in Tlacolula. His education from primary school through University was in his home state of Oaxaca. His dad was an immigrant to the U.S. and they reunited in the U.S. after many years of not seeing each other. After that, he lived in California for 14 years, during which time he earned my certification to teach English back home. It was during this time that he became a Zapotec activist and his work includes a series of videos on YouTube, a co-authored online Talking Dictionary. He also serves as a board member to the Ticha Project. He hopes to raise awareness on the importance of language preservation as an element of cultural identity in the state of Oaxaca. Follow him on Twitter at @BnZunni. 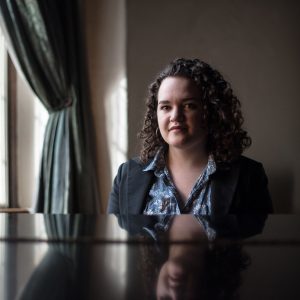 Kathryn Goldberg is a recently graduated Linguistics and Music double major at Bryn Mawr College. She is from Damascus, Maryland. She wrote her senior theses about three popular songs in Teotitlán del Valle Zapotec, and recently won “Best Descriptive Linguistics Thesis” for her research on the realization of lexical tone in those songs. Kathryn recently composed two art songs setting Zapotec poetry by Felipe H. Lopez. At Bryn Mawr, she was musical director of the Night Owls, the official a cappella group of Bryn Mawr. Kathryn is excited to be a part of this team and to contribute to the existing efforts to valorize Zapotec. 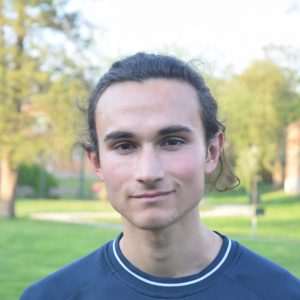 Marcelo Jauregui-Volpe is a recent graduate of Haverford College who majored in Comparative Literature and minored in Visual Studies. He grew up in Northern Virginia and around the Washington DC Area, and has also spent a lot of his life in the Monterrey (Mexico) metropolitan area. While at Haverford, he was involved with the Clerk, Communications Office, and the Cross Country and Track and Field teams. He is very passionate about documentary film production. In the Spring of 2017 his film nada was part of the official selection for the Tri-Co Film Festival. Marcelo’s senior thesis focused on the construction of the hero-bandit in Rodolfo Gonzales’s epic poem I am Joaquín and Chalino Sánchez’s album El Gallo de Sinaloa. Marcelo participated in the John B. Hurford ’60 Center for the Arts and Humanities Tuttle Summer Arts Lab of Summer 2016, working on the Pool Movie Project, a documentary produced by Haverford College’s Artist in Residence, Vicky Funari (Maquilapolis, Live Nude Girls, UNITE!, Paulina). 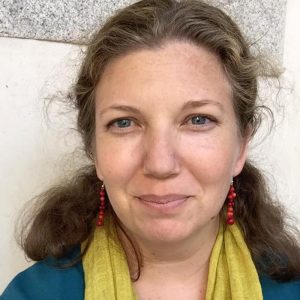 Brook Danielle Lillehaugen is a linguist specializing in Zapotec languages in both their modern and historical forms. She is an assistant professor of linguistics at Haverford College and previously worked at the Center for Indigenous Languages at the Universidad Nacional Autónoma de México, in Mexico City.  She received her Ph.D. in linguistics in 2006 from the University of California, Los Angeles and has been doing fieldwork with speakers of Zapotec languages since 1999. Lillehaugen’s research profile includes technical grammatical descriptions as well as collaborative language documentation and revitalization projects. She has found combining linguistic fieldwork with tools from the digital humanities to be a productive way to collaborate with both Zapotec speaking communities and undergraduate students.  She is co-director of Ticha, a digital text explorer for Colonial Zapotec texts, and leads several teams in developing online Talking Dictionaries for Zapotec languages.  For more information on her research and teaching, visit her website at http://brooklillehaugen.weebly.com. You can follow her on Twitter at @blillehaugen 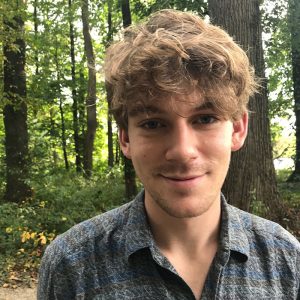 Edward Ogborn ’19 is a senior at Haverford College hailing from Littleton, Colorado. He is majoring in Comparative Literature with a focus on visual media production and cinema. He co-produced a short film which was selected for the Director’s Sidebar at the 2018 Tri-Co Film Festival. Edward’s other passions include language (he is a speaker of Spanish and French) and comedy (he is a student leader of the Bi-Co’s sketch and comedy group, The Lighted Fools, and runs open mic nights at Haverford).  He spent the Spring 2018 semester studying abroad in Paris, France. Edward is thrilled to work with this DocuLab team and to create media that will support the goals of Zapotec language activists. 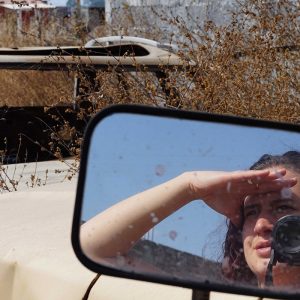 Lucia Palmarini is a Chicago and Mexico City based producer, educator and creative consultant working at the intersection of arts, media and social justice for over ten years.  With a Masters in Arts Management from Columbia College Chicago, and a Bachelors in Documentary Studies from the College of Santa Fe, Ms. Palmarini strives to bridge people, resources and vision in order to create a more equitable, connected world.

Ms. Palmarini’s recent projects include: Executive Producer & Producer on Drive Slow (an Independent Pilot Competition contestant at NYTF), a Chicago based coming of age dramedy series set on the South Side of Chicago; Producer on Funeral for a Bird, a whimsical tale following a seven year old girl who throws a dead bird an elaborate and whimsical funeral parade; Associate Producer on Chosen Foe Life, a short cautionary tale of a young man whose life changes forever when he goes down the wrong path; and Producer on No Refuge, a feature length narrative exploring a young rebel priest’s struggle with faith, morality and transphobia in a tight knit Mexican American working class community. 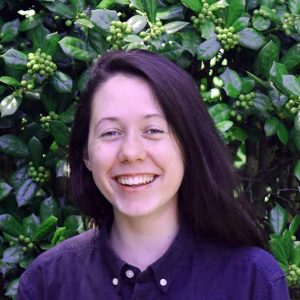 Katie Rodgers is a recent graduate of Haverford College. She majored in English and wrote her thesis on queer temporality in Shirley Jackson’s “The Haunting of Hill House.” Katie comes to this project bringing a passion for video production. She has taken four film production classes during her time at Haverford and completed several short films, including “Cuckoo” which was featured in the 2017 Tri-co Film Festival. In the summer of 2016, Kate had an artist residency at TIFA Working Studios in Pune, India. Last summer Katie was a Hanna Holborn Gray Fellow and spent the summer doing independent research on her thesis.  As part of a biology field study in March 2018, Katie traveled to Trinidad & Tobago and worked as a videographer for the project along with collecting her own footage to use for a short film titled “Watchers” about bird watchers. During her time at Haverford, Katie lived in Ehaus, an eco-friendly communal house and was a member of the improv/sketch-comedy group the Lighted Fools. In her spare time, Katie enjoys writing short fiction and going hiking as often as she can find someone to go with her.